93% of Human Body is STARDUST

In 2002, Moby sang the song  ” We are all made of Stars”. And how we wished we were. But now we have Physics telling us that we are all made up of STARS.

After the big bang, the universe expanded for 3 seconds after which it began to cool into a state where the subatomic particles started forming atoms with hydrogen atom being the simplest and the first one to be formed. After around 300 million years an at the temperature of roughly 15 million degrees Fahrenheit, nuclear fusion of two hydrogen nuclei started happening forming two protons, neutrinos and neutrons in this process.  This lead to the formation of Helium. This process released a lot of light energy as well, according to the famous Einstein’s equation : E = mc^2 . This bunch of Helium along with the light energy is what we today call as a STAR and the light energy is what cause it to glow. 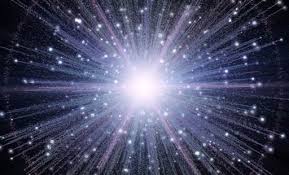 93% Human body is made up of stardust

The fusion kept on going and kept creating higher up elements. While on the face of it it looks like a simple story, its much more intricate than all this. Elements can be created in any random order, not necessarily in a period table order. Also various isotopes can get created by combination of neutrons with atoms. However this process of creation of elements continued only till Iron which has atomic number 26. This happened because the amount of energy released gets lower as the atom created gets bigger and ultimately the formation of Iron did not produce any energy at all. After this fusion ended, stars started cooling down and gravity collapsed them, with their implosion releasing energy which created elements like Nickel, Krypton, Gold, Uranium. This is known as the SUPERNOVA.

Therefore, its clear that every element except for hydrogen is in fact a STARDUST. thus all the Carbon, nitrogen and Oxygen and all of the other heavy elements present in our body were in fact created in stars some 4.5 Billion years ago. Our bodies have been carved out of long dead stars.

In case we did this analysis in terms of mass, it would mean that 93% of our body is nothing but stardust.  We are all made up of starry material 🙂

The Value of Minerals in the Asteroid Belt is nearly $100 Billion per Person.

« 5 Highly Effective Habits of a Dog that can Transform your Life
Perseids Meteor Shower 2014: Celestial Fireworks »