Top 5 Christmas Books You Must Read !

Christmas is the season of merrymaking, spreading joy and cheer, spending time with your near and dear ones and of course with yourself. It’s a time for love and compassion. This Christmas make some time to be with your loved ones and spend some time reading a Classic Christmas Book with some delicious hot Cocoa and Marshmallows.

A book can be a true companion and you can enjoy it with your kids as well as by yourself. Parents can re-read the books of their childhood with their kids and spend much quality time with them. For the loners, nothing can be a better companion then the books they love. There are always some books which we plan to read but end up not managing time for that. Let’s go for those books during this festive season. While it will be snowing outside read the books with your kids or by yourself while enjoying a cup of hot cocoa by the side of your fireplace.

Here is the list of top 5 Classic books to read this Christmas: 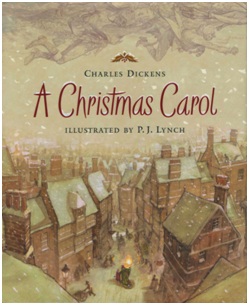 A Christmas Carol is written by the famous author Charles Dickens in 1843. The plot, though appears to be meant for the children, Dickens used it to convey the contemporary critical social situation. This novel is a wonderful and almost magical journey of the transformation of the character of Ebenezer Scrooge who, after being confronted by three spirits transformed from a penny pinching, abusive old man into a generous warm hearted person. Let’s ponder over the story of this famous novella now. The story opens with the mean and abusive old man named Ebenezer Scrooge, sitting in his house and counting penny on a chilly Christmas Eve. Dickens’s craftsmanship can be recognized in penning the little details like the character of Bob Cratchit who is shown to be freezing in the ante room as Scrooge refuses to pay for the coal. His nephew Fred pays him a visit to invite him to his Christmas party to which Scrooge’s response is “Bah! Humbug!”Later, only that evening, Scrooge received visitation from the ghost of her dead partner Jacob Marley who informed him that he would be visited by three spirits. Gradually as the story proceeds, Scrooge received visits from three spirits who makes him realize how he had made others sad and lost many moments of joy and happiness while neglecting his near and dear ones. The first spirit was the spirit of Christmas past who took him back to his childhood days and his apprenticeship days when he got engaged with a beautiful woman named Belle who eventually broke up the engagement since Scrooge’s change of attitude towards others due to his new found love for money. Next he was visited by the ghost of Christmas present and got the chance to see the Christmas celebration of this year. Scrooge managed to get a glimpse of the celebration at Bob Cratchit’s house where the generous and kind nature of Bob’s crippled son Tim moved Scrooge’s heart. He also got the glimpse of the jovial Christmas celebration at his nephew’s place. Towards the end of the night, he met two children Ignorance and Want, starving. Finally he was visited by the ghost of Christmas of future who gave him a chance to visualize his own future where nobody was sympathetic towards him. Some were after his money, some in relief to be free from the credit and so on. When he was desperately trying to beg to change his fate by seeking the forgiveness he woke up from his slumber only to find that all of these happened in a dream. Since the vision in his dream changed him greatly he began to honor the true spirits of Christmas from his heart by treating Tim as his own child, being kind and generous to the poor and warm towards his family and friends.

This novella is still considered as the perfect Christmas classics since it spreads the classic spirits of Christmas, the warmth, the forgiveness and the love. It shows that the world is full of darkness, coldhearted people, hunger and poverty but all that can be won over by the good ness of heart. Besides the Christian spirits, A Christmas Carol also can be seen as a representation of the plight of the contemporary poor people, represented through the family and condition of Bob Cratchit and his family. 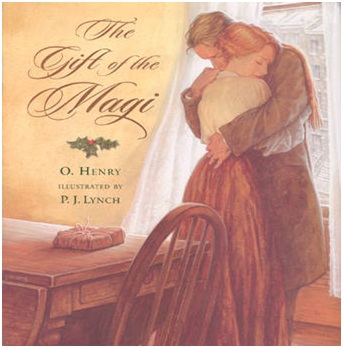 Della Dillingham Young has to buy a Christmas gift for her husband Jim with $1.87

‘The Gift of the Magi’ is a short story written by O Henry dealing with the life of a young married couple and the obstacles in their lives. It is considered to be a Christmas classics because of its focus on the theme of gift giving and the spirit of true love. The story unfolds with $1.87, the only amount of money with which Della Dillingham Young has to buy a Christmas gift for her husband Jim. As the story proceeds we can find out the critical financial situation of the family. They have two things to be proud of, one is Della’s beautiful knee length brown hair and the other one is Jim’s elegant watch. In order to buy the gift Della goes to Madame Sofronie’s hair goods shop and with a sad and heavy heart sells the beautiful hair for Twenty cents. She finds out the perfect watch chain for Jim’s watch and starts the preparation for the dinner after coming to home. On his arrival at 7 pm Jim finds Della at the door, waiting for him. Seeing the object of his pride has gone Jim becomes stunned. When Della explains to him that she did it to buy gift for him, Jim shows Della that he has bought one of the jewel studded fancy combs which Della has been wanted since months, only to find out that she has not much hair to use it anymore. When Della gives away her gift for Jim, he consoles her saying that he also sold his watch to get the perfect gift for Della. The story ends with the voice of the narrator, referring to them as the Biblical Magi bearing the true gifts of Christmas for each other, love, compassion and kindness. 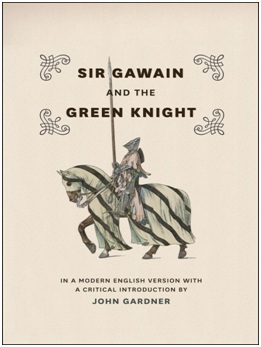 Even though this one is a bit old but since it deals with the typical romance genre and the story of a romantic hero on a magical quest to test his power and skills, it remains popular till the very day. ‘Sir Gawain and The Green Knight’  is a 14th century Middle English chivalric romance dealing with Arthurian romance. Composed in alliterative verse the story gives us the glimpse of Welsh, Irish, English, French chivalric traditions. The story opens with New Year’s Eve’s feast at the court of King Arthur’s where a strange person referred to as the Green Knight visits him and challenges any brave person to strike him with his own weapon and the challenger will find him in one year exactly to receive the blow in return. When the knight mocks Arthur’s hesitation and silence Sir Gawain asks to ta take up the challenge himself and cuts off the head of the knight. Strangely, the knight returns while picking up the mutilated head and reminds Sir Gawain of his promise. As the journey proceeds the story reveals how Sir Gawain goes on a fabulous journey, meets all sorts of beasts and creatures, suffers from the pangs of hunger and cold, and encounters Bertilak the host of the mysterious castle who later turns out to be the Green Knight himself, his wife and his aunt. This ends with the victorious return of Sir Gawain to the court of Arthur.

Even though the story deals with an age old theme it’s told in such an adventurous tone coupled with fairy tale and fantasy that it’s bound to cast a supernatural medieval affect over the readers. The whole story is rich with medieval symbolism and imagery. For example, the green girdle is reminiscent of man’s true guilt which may be hidden but which can’t be denied. The five pointed star or pentagram on Sir Gawain’s shield is reminiscent of five virtues, generosity, fellowship, chastity, courtesy and charity. All of these things make this story a good Christmas read. 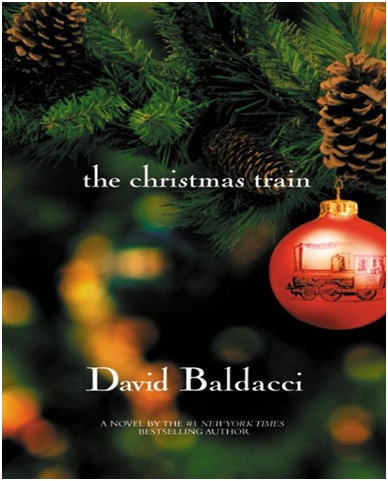 Tom Langdon’s train journey of adventures, magic towards his own heart and soul

‘The Christmas Train’ is another famous book by American author David Baldacci. The story revolves around the life of the journalist Tom Langdon. The story opens with a glimpse at Langdon’s problematic life, since his beloved Eleanor Carter left him he seems to be in a mess. Since he was banned from travelling through flights, he decides to travel by trains and write about the people he will meet on his way. In order to meet his former girlfriend, presently a Hollywood star in L.A., Langdon boarded the train from Washington and thus begins the unusual journey. From lonely travellers to a pair of elopers and Eleanor herself, he encounters different types of people and participates in a magical journey of adventures, magic towards his own heart and soul. The story as Baldacci himself mentions, is for “everyone who loves trains and holidays”. 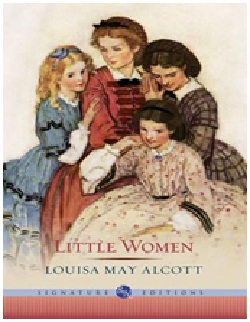 Four sisters Meg, Jo, Beth and Amy March, the journey from their childhood to the womanhood

‘Little Women’is a novel written by Louisa May Alcott. The novel deals with the four sisters named Meg, Jo, Beth and Amy March, the journey from their childhood to the womanhood. The novel can be considered loosely based on the life events of the author herself. The novel deals with the major themes like the domestic life of the contemporary women, the theme of love and individual identity.It’s a great combination of family drama as well as a romantic tale.

What surprising and great about this novel is that the craftsmanship with which the author combines the different types of women in the contemporary society. Some of them tend to become fully subservient to the social laws like Meg, Beth, some of them tend to maintain a balance between social and individual identities like Jo does. Besides this, The novel also brings forth the issues of gender stereotypes, mainly through the character of Joe. All these little touches make the book so worthwhile and enjoyable.

So, let’s not waste any more time, grab the perfect Christmas book of your choice, make a steaming cup-a-joe and cozy up this Christmas in the world of fantasy.

There are many more Christmas and Holiday Books. These are some of our favorite books. Which ones are your favorite Christmas books, let us know in Comments below.

Where to Spend Christmas in London : Holiday Guide

20 Books to Read in 2020 for Professional Growth and Development