Academic tools have evolved way farther in the present era with awesome new applications for students to employ in their studies. Academia with its early history had simple tools to pursue simple education but advances in education led to advancements in the tools/applications that are used for its pursuit. 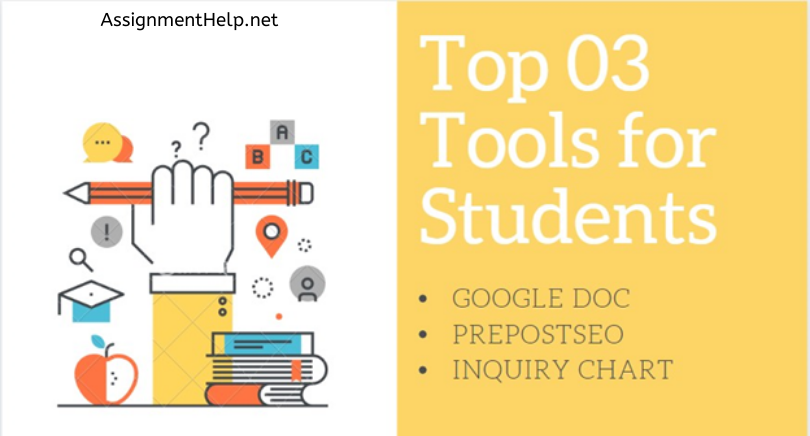 There are many IT tools that are specifically designed with students in mind but the top three of these tools have been discussed here including Google Docs, Prepostseo Plagiarism Checker and Inquiry Chart.

Google Docs is a web-based word processor developed by Google LLC and available as an application on Web on Android, iOS, Windows and Blackberry. The application comes packaged with many attractive features which makes it one of the top tools for students.

Plagiarism refers to intended or unintended copying of someone else’s content and presenting it as one’s own. Plagiarism, particularly in academia, is mostly limited to student assignments, report writing and research papers. If caught, plagiarism can have very bad consequences from the loss of credibility to dismissal of a student’s work or even legal action.

Inquiry Chart is a strategy chart for a study in which prior knowledge about the topic of the assignment is gathered from a variety of sources and integrated as a reference point for the topic.

Inquiry Chart (I-Chart) is used to promote critical thinking among students and the I-Chart project can be done by as few as two students to as many as an entire class.