No matter what degree a student pursues, the course always requires the student to have at least writing skills. The students these days need to write research papers, essays, hundreds of assignments, dissertations, thesis and much more. The ability to write is one of the most important and useful traits that a student can have. One thing that all these forms of assignments have in common is that they pose different challenges towards the students. It is very important for a student to be on the right track while writing an assignment. The biggest of these challenges that almost every student faces is to avoid committing academic plagiarism. 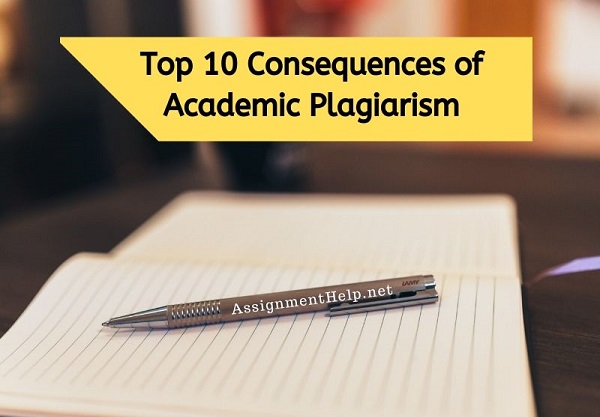 Plagiarism is one of the most common mistakes that students commit while writing an essay or a research paper. More than a mistake, the world looks at plagiarism as an offence.  There are times when one doesn’t intend to plagiarise someone else’s work but still ends up doing so. And it is understandable.  While writing something, one needs to gather a heap of information and then also provide a lot of evidence to make the arguments strong. Naturally, when one writes something, he will look at the already established ideas, theories and writings. But, at the same time, it is important for the student to make sure that he remains extra careful to avoid falling in the trap of plagiarism.

If one needs to avoid committing plagiarism, the first and foremost thing to understand is what plagiarism exactly is. In the simplest of words, Plagiarism means using the words or ideas of some author or thinker without acknowledgement or consent. At times, even if you use some of your own ideas that have already been published without citing the source or the work, it can be considered plagiarism. Plagiarism is considered a serious offence and can lead to some really serious consequences for the students.

Some of these consequences are:

1. Loss of reputation for a student

Most people tend to think that plagiarism is looked at as merely an offence. But there is much more to it. Plagiarism is seen as something unethical and immoral. Committing plagiarism is seen as evidence of incompetence. When someone commits plagiarism, it makes the world think that the person has resorted to it because of his inability to complete the task himself. Thus, the biggest consequence that someone has to face for committing plagiarism is the loss of reputation. The world looks down upon you when you are caught plagiarizing somebody else’s work. And once somebody loses his reputation over plagiarism, it is an absolutely irreparable loss. There is nothing that one can do to regain its reputation.

Not just students, the rules are the same for professionals as well. In the professional world too, plagiarism is an intolerable offence. When a businessman, a public figure or even a politician is found guilty of plagiarism, the damage that is caused to the reputation follows him for his entire career. There are chances that a person might be asked to step down from his post because of plagiarism. Moreover, once someone steps down because of an offence like plagiarism, it becomes almost impossible to find a respectable job. If the accused is holds a high stature or is popular, the case is worse for him. For a popular person, the accusation of plagiarism means the name getting ruined, and the hopes of a meaningful career-ending forever.

For an academic also, the consequences are just as severe. One of the most integral parts of academia’s career is publishing. Therefore, once academia is accused of committing plagiarism, his entire career can be ruined. It means few opportunities for publishing and even if one manages to publish his work, there are hardly any chances left for the world to see it as authentic work.

A usual disciplinary action is the least one can expect as a result of plagiarism. Plagiarism can even lead to suspension from educational institutes. If not, the accused is like likely to face huge disciplinary action. When a higher level of research is involved, the consequences are even graver. In fact, one can even suffer fines, legal consequences and in some serious cases, serve a jail sentence as well.  The authorities of an educational institution do not tolerate anyone committing plagiarism, nor do the authorities of any professional body.  If a student does not get suspended or expelled from the institute, he is definitely going to fail the assignment or paper or the class. Some of the institutes take plagiarism so seriously that they put a note on the transcript of the student which says, “Convicted of Plagiarism”. This notation follows the student for seven to ten years after the incident. Students can even face criminal charges at times.

4. It defrauds the system

It is not easy for anyone to produce a decent piece of research.  A lot of hard work and days go into the making of a decent piece of research.  If someone has a number of publications in his CV, it is nothing short of a miracle. Therefore, when someone plagiarises someone else’s work, all that he does is take someone else’s work and put it on his CV. When companies seek quantity of work in a candidate, they end up giving the job or the promotion to a plagiarist, who does not deserve it.  Thus, plagiarism acts as a tool for someone to defraud the system. Because of the existence of plagiarism, the deserving ones do not what they fairly deserve and end up losing it to frauds.

All of this is really important because if the teachers fail to do all of this, the students keep resorting to plagiarism. As a result of this, creative endeavours and thoughts get limited. The students tend to lack the skill of creative thinking, which, in turn, affects the overall growth and educational experience of the student.

Plagiarism might work for the student in a way as it gets him the grades. But in the long run, it results in the loss of confidence. The student might pass the assignments and papers, but every time he passes somebody else’s work as his own, it affects his confidence. When one intentionally commits plagiarism, he knows that he is doing it and therefore, he knows that he does not have the skills and capability to create the work that he is passing on as his own. These students tend to underperform in the walk of life. Since by the time they pass school or graduate college, they become used to plagiarising somebody else’s work and passing it as their own, they fail miserably in the real world when they face stiff competition.  All of this results in a huge loss of confidence.

7. Legal repercussions due to copyright infringement

Even if an author’s work remotely resembles some other author’s work, the original author has the right to sue the plagiarist in a court of law on the basis of copyright infringement. If proven to be guilty of plagiarism, the author has to face severe punishment, fines and even serve jail time, and not to mention, bear the loss of credibility for good. One might feel that the act of plagiarism is a subtle one and no one will find out. But all the authors and students should always keep in mind that once a plagiarised work is out, the entire world lays eyes on it, including the original author of the work. Therefore, the act of plagiarism is a subtle one only until you keep it to yourself. Once the work is published, sooner or later, it is going to be caught.

8. Negative impact on the reputation of the educational institutions

Moreover, if a student is caught to have routinely plagiarized and got by with it, then means even worse for the educational institution. The world looks at the authorities and the teachers as fools for having been unable to catch a routine offender. Overall, plagiarism causes a huge loss of reputation for an educational institution or a professional organization.

Plagiarism is one of the most widespread kinds of research misconduct. The most important element of research is its authenticity. If it is not original, it is no research at all. Therefore, if you commit plagiarism while writing a thesis paper or a research paper, the entire purpose of the assignment is lost.

Moreover, when you copy some other researcher’s work, you make a huge mistake, because that researcher might have written certain points under some stipulated conditions. You cannot be sure that the points that are copying will fit right into your research material.

The plagiarists tend to try their hand at different things to avoid being accused and eventually being proven guilty of plagiarism. Most of the times, plagiarists do not copy an entire work, but they take bits from different works. It is almost like they create a collage of information from other works. These plagiarists do so to try and make sure that they do not get caught. But sooner or later, they do. Instead of creating an original piece of research, they end up creating a patchwork of ideas from previous publications.

10. It discredits the whole profession

How to write academic Research Papers?

Top 25 Topics to write a Dissertation on Business Management
plagiarism