It’s the week of The Oscars and everyone is busy screening the nominations and making predictions about who will bag which award. As I was browsing through the Oscars website I chanced upon the media literacy initiative of the Academy. Media elements are not anything new, they are regularly applied by many teachers in their classrooms. But often it is done in a conventional format. Most educators would only go to the extent of supplementing their classroom teachings with a relevant movie, only if they happened to chance upon one. However, there is so much more to media education that can actively engage all students and make them media literate.

Why Media Literacy is important?

Media literacy enables people to critically understand and assess the nature, techniques and impacts of media messages and productions. As an educational tool in itself, media-centric learning represents a creative classroom technique which in itself is better at engaging students. Also, instead of on dimensional rote learning, media centred teaching emphasises on techniques of analysis and critical reasoning, and employs multiple intelligence as well as helps in improving the overall written and vocal expressions of students. Many teachers across the globe routinely utilise elements of media such as music, films, comics and fictions, internet media as well as advertisements as supplements to textbook teaching. These classrooms have a more engaging and cooperative environment as compared to the direct lecture delivery. Media literacy holds an important dimension in every culture as it invokes production of rich and responsible media as well as critical thinking in individuals. Media literate students are more easily able to comprehend the complex labyrinths of traditional and digital media trends, fads, themes and fashion.

At the basic level, media literacy looms largely around asking questions about the target audience and their perceived interpretations, judging perspectives of storytellers, comprehending the genre as well as errors of commission and omission. Imparting media education can be tricky for an educator as it does not involve any particularly set knowledge, rather the educator themselves have to put across an unbiased view (of strong issues) and have an open mind. Media literacy can then inculcate and broaden the spirit of enquiry and reasoning in students. Media literacy also helps in teaching students about extracting the correct and relevant information by overcoming commercial/propaganda bias.

At its core, media literacy encourages students to actively question the information they are presented with, allowing them to critical reason out and appreciate the content, rather than accepting it on its face value. Such students are much more likely to become active media consumers making well informed decisions over their lifetime. The importance of media literacy in facts grows manifold in the present times where data manipulation, advertising and PR campaigns can effectively camouflage or manipulate the reality and even the academic researchers are more propaganda oriented. Media education allows students to be able to filter the “real” from the “crafted”. For this, students must be made to understand that media elements are essentially human constructs which can consciously or unconsciously reflect the producer’s view point/ideology. Hence, it is only after a thorough deliberation that the actual reality of the content and the context can be grasped.  Media literacy must teach students to pose questions regarding the creators of these elements, their underlying thoughts and immediate purpose which could have deliberately added to the bias.

Most of the media elements distributed today are commercially sponsored to push sales or profit purposes either as direct advertising or in the format of subconscious “cookies related views”. Students must be able to effectively analyse these commercial media elements as well and filter the influenced messages from the true facts. Media education can thus train students to not get easily swayed by false advertisings, exaggerated claims, unhealthy fads, media heroes and role model depictions. All this certainly contributes towards better self-confidence in students, and an intelligent society which cannot be taken for a ride by campaigners.

In terms of cultural benefits, media literacy can enhance the understanding of diversity and plurality of a society. Effective understanding of media portrayals can be useful in breaking free of the cultural myths and social stereotypes. The ultimate meaning of media elements rests to a large extent o the audience’s perception as well, which varies for every individual. Posing culturally rich and diverse media elements such as books and films can bring out the diversity of perception and portrayal in classroom discussions. Such discussions when done regularly also help to make students more tolerant of others opinions and views and widen their overall viewpoint.

In addition to the sponsored commissions, media elements also contain error of omissions. While it is easier to analyse what is shown or the way in which it is shown, our mind often skips to ask about what has intentionally not been shown. This is generally true for news media and election campaigns where screen space may be given only to issues/results/ideologies and aspects that suit the creators/funders rather than to the general representation of issues. Spotting the errors of omission becomes a fundamental aspects of politically wise citizens. Media literate users are more likely to utilise tools of discussion, dissent, debate and become actively intelligent when it comes to real world issues of social and political development.

Media education is also a great tool for teaching cultural elements in subjects such as History, English, Literature, Arts, and Architecture. Actual/enacted visuals, dramas, films, books and artistic depictions can help to fasten the overall understanding and grasp of students over the content as well as the context.

Apart from simple films and books to supplement the texts, teachers can also routinely encourage students to utilise newer media elements and make them part of their assessments. Last month, an AP US government and Politics teacher asked students to listen to president’s SOTU speech and conducted a real time twitter discussion with a common hashtag. The students eagerly joined in the discussion on Twitter. While the teacher could effectively make students listen and analyse the president’ speech as a curriculum portion, students were more than happy to engage in debate and discussion with their teacher and friends over a platform where they routinely love to hangout anyways. 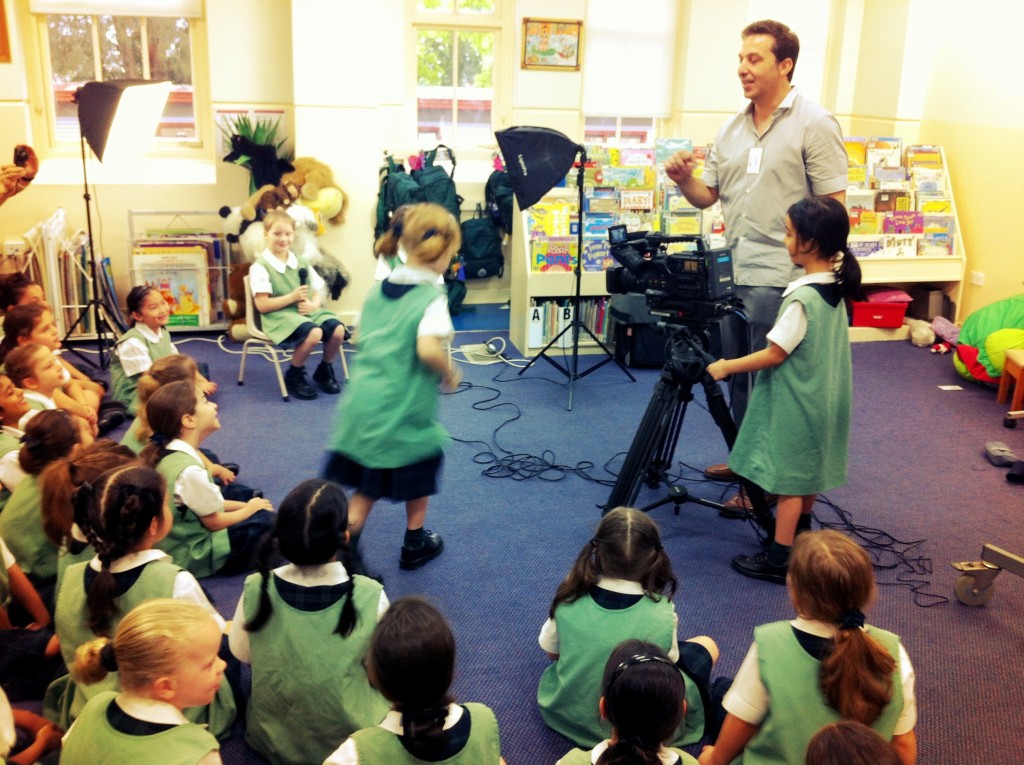 Students can also be encouraged to utilise a variety of multimedia tools creatively. It’s really wonderful to see how so many teenagers are pro-efficient with their DSLR cameras and video-recorders and routinely create short flicks, storyboards and magazines on platforms like Tumblr/Instagram. A variety of such media formats can be utilised for classroom assessments such as photographic illustrations for reports, audio and video recordings for group projects, or filming movies/plays with alternate endings. Also, experiment the same content with different media elements such as books vs film adaptations and track which platform students find better for learning, understanding and more enjoyable in general or implications of such adaptations on the overall message/content delivery of the plot.

Teaching about media is an integral part of media education. Teachers generally hesitate from discussing about the media itself for the lack of technical expertise. However, talking about media is simpler than it seems. In terms of technicalities, media research makes an important topic which can help students in the long run. Teachers must introduce students to the way research is done for books, movie writings, and even news pieces/op-eds, exposing them to ethical research practices such as concepts of authentic information sources, copyrights, plagiarism and patents. Students can better understand the nuances of information searching and mining relevant content by judging its appropriateness as well as authenticity.

In doing all this the educators need to bear in mind the financial constraints and technical suitability of different media tools. Also sensitive and strong topics must always be approached with a positive critique rather than a negative criticism. Media literacy when done in the right manner can have far reaching positive development implications on students enhancing their overall outlook towards society as well as making them self-confident.

Teaching Students about 9/11 in Classroom