A Quick Guide on How To Fail With Success

“Failure is success if we learn from it.”- Malcolm S. Forbes

With high hopes of rising above everyone else and show the world what we are, we all want to climb the stairs to success and reach to the top. But little we know that it’s not that simple as it appears to be. At every step, there are shackles of failure, set to tangle you among them and bring you down.

Everyone gets trapped at some point of time and experience failure. What do you do after you fail?

Drop all your hopes and break down inside?

Or try to collect yourself back and get up to climb again?

That is where the secret of success lie. No person has existed who hasn’t made any mistake in life. Some may be small ones to overlook whereas some may be blunders. Everyone has had failure at some point of step. But the key of how well organized you are, lies in how you observe the failure as.

Do you just sit back there and crib over it?

Or do you build up your courage somehow and start again?

Most of the people end up doing the first option. They don’t think of the solutions and about future; they mourn over their past. This is where all the negative energy sucks you in and you feel as if the world is going to end for you.

Here are some key suggestions which will help you by giving you the right pathway if you ever face a failure in your life. No matter at what age you break down and feel that you did not succeed; there are always solutions to a problem. We overlook them sometimes, but one should be calm and think well in such situations. 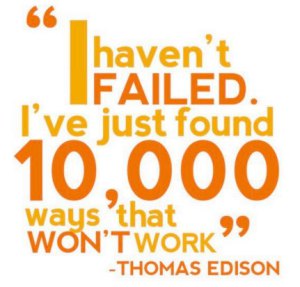 That’s the first and the most important step. One must have it in himself to achieve something. Suppose a team is working for a show and they miss one of the dancer’s costume, then what to do?

Most of us would react in bad temper, blaming each other for the fault or sit in a corner and sulk and get stressed.

Instead, think positive. Ask yourself questions regarding the solutions, not to enhance the problem.

“What can be done to compensate the loss?”

“What do I do? Can I arrange another costume in a short span of time?”

“Or I can it stitched by some other tailor and try to make it work.” 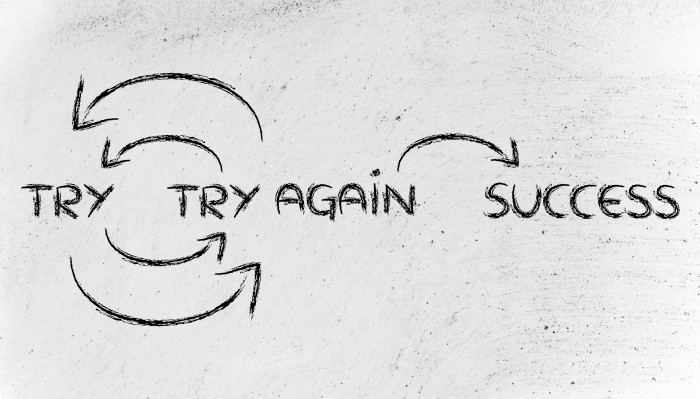 “Our greatest glory is not in never falling but in rising every time we fall.”- Confucius

The one who keep moving forward, no matter what happens to them are the ones who become re-known later.

The peak situation of stress when one feels that world is falling apart, nothing is working right and just give up, just think of this line, which I have followed in all my dark times, and it works:-

“When the going gets tough, the tough gets going.”

Believe me, it works! When you feel all those dreadful situations are entangling you and pulling you down, think of the times which may have been even worse than that, and how you tackled them. You will realize that if you can overcome bigger hurdles in life, then the one in front of you is much smaller. To keep moving ahead is to succeed.

The best of inspirations I have found for never giving up are the lives of our idols. The ones who have made their names and are known all over the world today. Read about them and you will see that none of them have an easy sail in their lives. They had nerve- wrecking problems. Of course, they all broke down at some point of time, but never gave up. Each of them kept moving forward, worked hard and earned the name they have today. 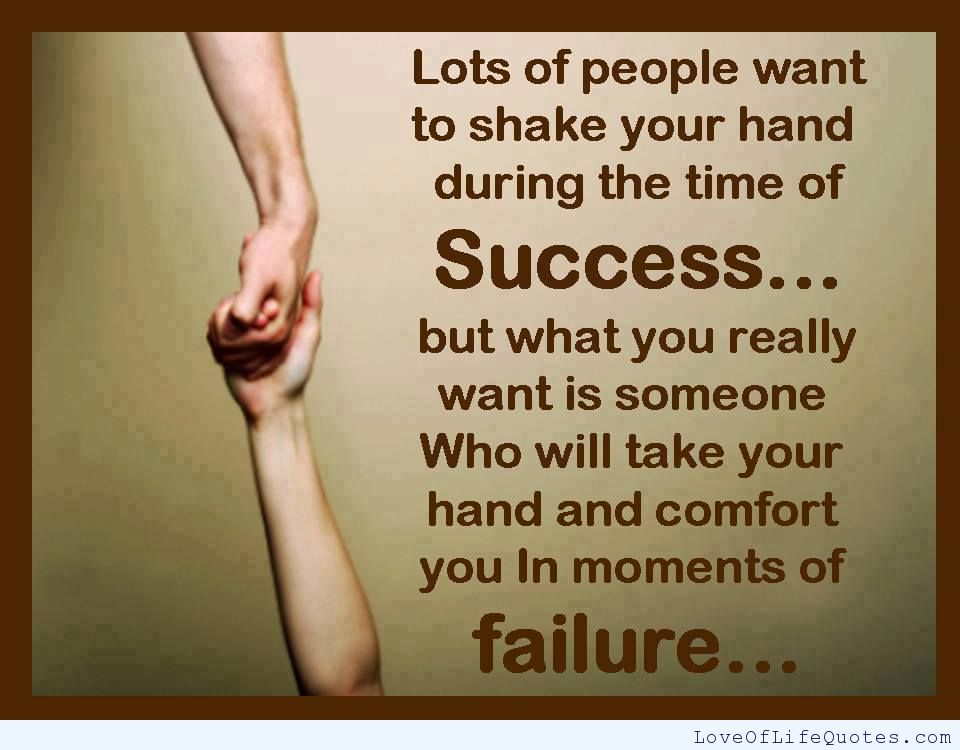 During a crisis, usually it happens that we go numb and can’t think of anything. We ask everyone around for solutions. The more the people, the more the ideas. Some may be wrong, some may be right. But hearing everyone makes us even more panicked.

Consult with a person whom you trust, and who can guide you well. They might be your good old trusted friends, your parents, teachers or close people working with you. They know what are you capable of, and will suggest you things accordingly. If working with a new team, consult with your team members only, instead of asking anyone and everyone around. Explain the situation well before asking for solution and at the end, you must decide yourself what is right for you. 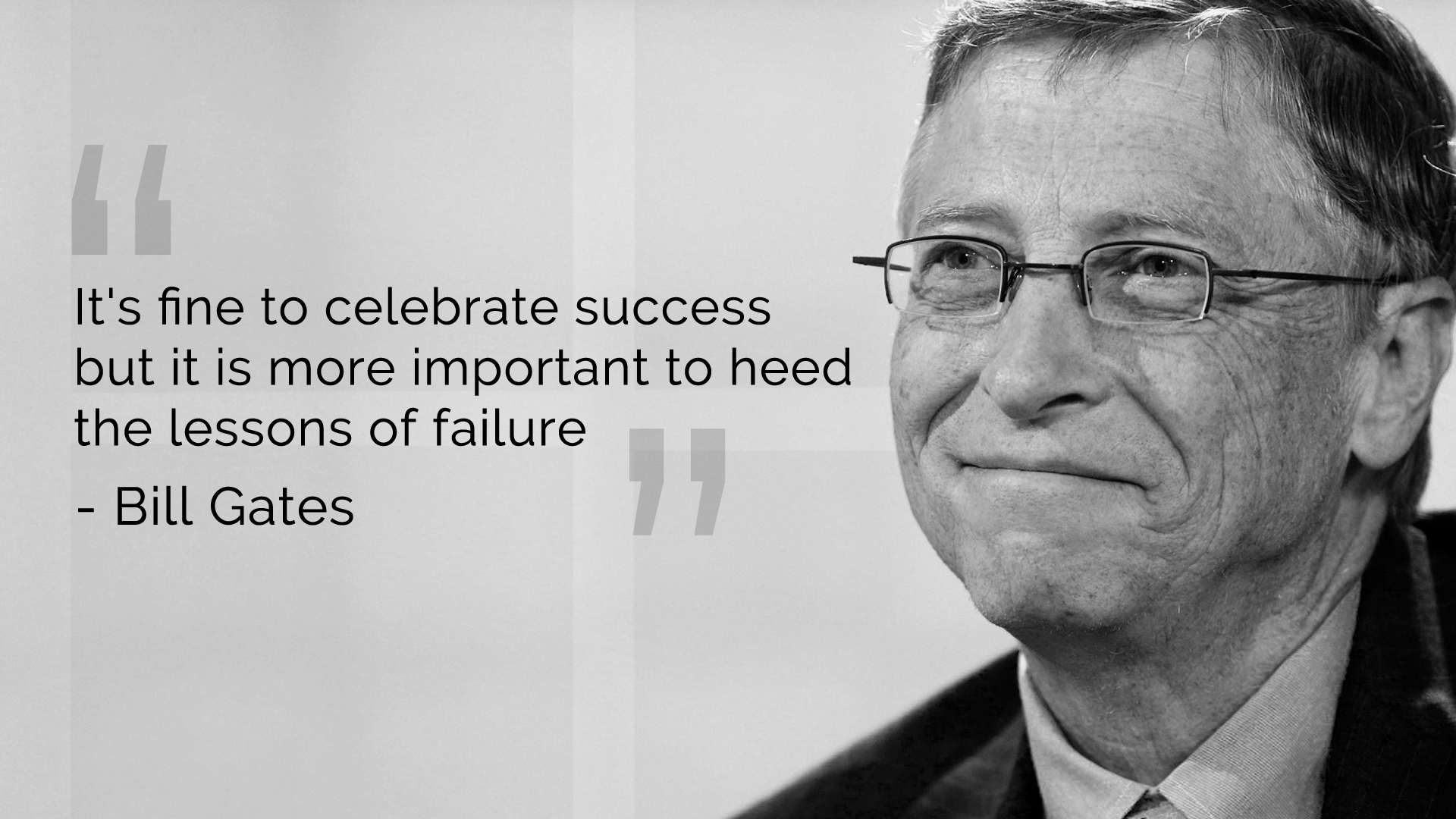 That’s really important. Mistakes are meant for learning, not for repeating. Learn from them. See where you went wrong, think what you could have done instead to do right and pledge not to do it again. This is how we grow as a person.

Learning from one’s mistake is always good, but is also helps if we learn from other’s mistakes too. It need not always happen we should commit all mistakes ourselves to learn. Learning can happen from things happening around too.

Before becoming the world’s richest man, Bill Gates was a co-owner in a business called Traf-O-Data that had failed, leaving him in big losses to be recovered. Learning from his mistakes which he made during that course of time, he walked ahead and later came up with Microsoft, the company which leads the world today.

He says, “It is fine to celebrate success but it is more important to heed the lessons of failure.” Makes sense, right? 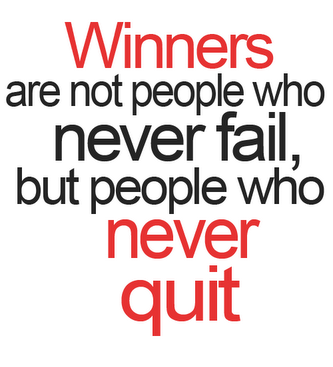 The worst which can happen to a person is when they lose their faith in themselves. Nothing from outside can save them if they have lost it all within them. Accept your fault and agree with the present scenario. Accept that things are not going right and start thinking practical. Stand firm and stay strong.

When we do not achieve what we aimed for, we start doubting ourselves. We doubt our capabilities, and that’s where the doom rises for us. Just as I said earlier, think positive and have faith in yourself. Know your skills and trust them.

Following these simple suggestions will definitely make a positive impact in how you work, which will improve how things work for you too. Success is not easy; to reach there, one must overcome failure. And to overcome failure, one has to work on himself first. A positive approach towards everything is what we all need.

Reading about the successful people about whom we admire today every now and then, we should learn from them that they have always kept on working for what they wanted to achieve. Had they stopped at where they failed, they would have never become the names you know today.

That’s what is called as succeeding with failure. You may have not achieved your aim, but you learnt from your mistake and decided not to repeat it. You discovered your strong points to appreciate and weak points to work on. They also count in succeeding while failing. Training your mind to always think positive may seem hard at the first go, but it is crucial to succeed what you want. Always moving ahead is the most important objective for us, improving at each step and we will achieve what we want.

As we have heard, “The show must go on.” Yes it should, no matter what goes wrong, and it will be a success in the end.

A Quick Guide on How to Write a Book Review

8 Easy Ways to Use Growth Mindset Approach in Classroom

10 Things You Need to Know to Develop a Growth Mindset