Game Theory and its Applications

Game theory is a well-known as mathematical method for analyzing calculated circumstances, such as in games, where a person’s success based upon the choices of others. In other words, it is “the study of mathematical models of conflict and cooperation between intelligent rational decision-makers. The subject first addressed zero-sum games, such that one person’s gains exactly equal net losses of the other participants. 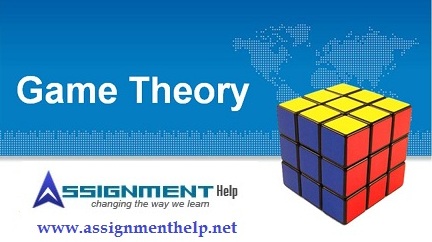 What is game theory?
Game theory is the formal study of conflict and cooperation. Game theoretic concepts apply whenever the actions of several agents are interdependent. These agents may be individuals, groups, firms, or any combination of these.

Game theory can be regarded as a multi-agent decision problem. Which means there are many people contending for limited rewards/payoffs. They have to make certain moves on which their payoff depends. These people have to follow certain rules while making these moves. Each player is supposed to behave rationally.

Payoff: A payoff is a number, also called utility, that reflects the desirability of an outcome to a player, for whatever reason. When the outcome is random, payoffs are usually weighted with their probabilities. The expected payoff incorporates the player’s attitude towards risk.

Rationality: In the language of game theory rationality implies that each player tries to maximize his/her payoff irrespective to what other players are doing. In essence each player has to decide a set of moves which are in accordance with the rules of the game and which maximize his/her rewards.

Zero-sum game: A game is said to be zero-sum if for any outcome, the sum of the payoffs to all players is zero. In a two-player zero-sum game, one player’s gain is the other player’s loss, so their
interests are diametrically opposed.

Game Theory can be classified in two branches as follows: —

What is a game?

A game has the following attributes: —

In game theory, nothing is fixed!!

If you have any questions about our assignment help services – don’t hesitate to Contact Us. Please feel free to call us for assistance at any time (24*7).